This City & Guilds accredited ADIA BS EN16005 course has been designed to help anyone who wishes to gain knowledge of the newest automatic door standard (BS EN 16005:2012 – Power operated pedestrian doorsets) plus the BS 7036-0:2014.

[/vc_column_text][vc_column_text]By law, any automatic door has to be legally compliant with the Machine Directive and The Provision and Use of Work Equipment Regulations 1998, which are legal regulations, therefore, completing the BS EN16005 course and exam would take you one step closer towards this compliance.

The course provides learners with a copy of the standards, an online Health & Safety test, online study material and a training day offering the opportunity to obtain further knowledge of the standard plus practical assessments and a final exam.

Why take our course?

The self-study and training day will allow you to learn about:

On successful completion of the course (over 80% pass rate), you will be sent an ADIA certificate and ADIA Technician’s card through the post the within one week. This can be used to provide evidence for compliance in accordance with City & Guilds.

This course is in partnership with CSCS and is accredited by City & Guilds as part of our commitment to excellence, making our trained members stand out from their competitors.

If you sat your BS EN16005 before January 2020, cards can be renewed as CSCS. If you sat after this date, you must complete an NVQ in order to get a CSCS card.

Each company that has an accredited engineer pass this course will be listed on the DoorSafe Register which is promoted to those who inquire with the association on recommendations. Engineers are listed with the accreditation information under the company profiles. 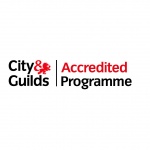